The Tipping Point is Here

Posted on February 14, 2018 by greenleftyidealist 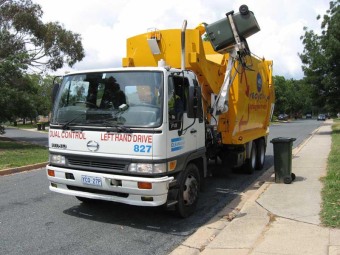 We’ve all heard the news. We’ve heard that our oceans are predicted to have more plastic than fish by 2050. We’ve heard the reports that the world’s carbon emissions are tracking on a 4-degree temperature rise rather than the below 2 degrees aim of the Paris Agreement. The Executive Secretary of the UN Convention on Climate Change has said “We are running out of time to turn things around… we must significantly increase our efforts to reduce emissions”. But we don’t change. Why?

In his book “Being the Change” Peter Kalmus writes that we need to move beyond guilt environmentalism. “Hellfire and brimstone don’t inspire us to change; they lead to guilt… (and) guilt is an insincere self-apology for a painful internal fracture”. Guilt is essentially a feeling we get when we’re doing something we know is bad but we’re still going to keep doing it. What we need now is not guilt – what we need now is mass behavioural change. What we need now is a tipping point.

Malcolm Gladwell’s book “The Tipping Point” investigates the moment when “ideas, trends and social behavior cross a threshold, tip and spread like wildfire” – when social behavior essentially becomes an epidemic and infects the world. In terms of social change, it is not guilt but hope that helps here. Because even though the world may seem immovable in terms of plastic pollution, or the move towards a low carbon world, with “the slightest push – in just the right place – it can be tipped.”

In Cape Town, Day Zero – the day when the cities taps will be turned off until rain comes, is fast approaching. Residents have been facing tighter and tighter water restrictions. Massive change in the ways they approached the use of water have become essential. Today, in Australia, recycling is on the brink of collapse in Victoria and other states may follow. The Age has reported that several councils have already had their recycling contracts cut off. The trigger? – China’s decision to ban waste imports (60% of waste generated in Australia is recycling and approximately 30% of that was being sent to China).

We’re beginning to see our tipping point. Change is being forced upon us and we are responding. In 2016 France became the first country in the world to ban plastic plates, cups and cutlery. The ban will come into effect in 2020. Smaller jurisdictions are following suit. From July 1, 2018 restaurants in Seattle will ban the use of plastic utensils. Last week it was announced that 30 tourism operators in Cairns and Port Douglas have banned the use of plastic straws. Yet to fast track change we need to do more than legislate, we need to change our behavior. In Cape Town behavioral change is being forced upon the population. In Australia, if our recycling systems fails it may be forced upon us too.

The world is drowning in stuff. We all buy stuff we don’t really need. Stuff which has short life spans and ends up in landfill. Kalmus writes that we need to drop the idea of “going green”. The philosophy of being “green” too often allows us to keep our existing habits. We can keep consuming at unsustainable rates as long as what we purchase is “green”. The better philosophy for us to adopt, Kalmus states, is “low energy”. Our immediate challenge in Australia is the potential recycling glut. We are all on the treadmill of consuming and recycling is a part of that – it is a “green” option to let us keep consuming. Kalmus writes “industrial society fetishizes recycling. Recycling seems like a good thing on the surface, but it contributes to the broken status quo”. Victoria councils are already urging residents to reduce what goes in their recycle bin. Like Cape Town, they might be forced to drastically reduce their waste. But this is something we can all get onboard with and make it our tipping point.

A simple way to reduce the waste in both your red and yellow bins is to be a conscious consumer, to have front and center some basic questions that you ask before you buy. Firstly, do I need to buy something at all, and secondly, if you do need to (or after careful thought really want to) buy something ask yourself if there is a low energy alternative to the product you usually buy. Is there a plastic free option? Is there an option that will last longer? Is there a biodegradable option so that when your product reaches the end of its life it won’t live on forever in landfill?

Here are ten simple ideas for ways you too can help create the tipping point to lower energy living today:

Green, left and idealistic. A mum, a runner, a rogainer, a public servant and wanna be writer. My dog is golden.
View all posts by greenleftyidealist →
This entry was posted in climate change, psychology, sustainability and tagged Malcolm Gladwell, Peter Kalmus, recycling crisis, tipping point, water crisis. Bookmark the permalink.